It processes inquiries and automatically transfers them to the MFC Civil Service Office IT systems.

A realistic humanoid robot by Promobot has started working at a civil service office in Perm, Russia. This is the first time ever when a human-looking robot processes citizen inquiries in a government facility and might deliver any service previously provided by a human employee.

The robot itself is an anthropomorphic unit able to display a full spectrum of human emotions and facial expressions. Mechanical muscles created with Promobot’s patented technologies allow the robot to move its eyes, eyebrows, lips, and other face parts to mimic more than 600 human facial expressions. The muscles are hidden under high-quality artificial skin produced using a unique Promobot technology. One of the robot’s main tasks is to answer questions and consult the civil service office visitors.

«Right now, our global task is to break barriers in the way of human-robot interaction. At the beginning of the year our theories regarding social attitudes towards robots were confirmed in the experiment that took place at the MFC ― says Alexei Yuzhakov, Promobot chairman ― the results were unexpected, even by us: turns out a “robotized” human has received the best feedback from the MFC visitors. To put it plain and simple, the best way to provide services is to give ‘robotic’ answers while keeping human physical appearance. Of course, a person will never speak like a robot; yet realistic humanoid robots might become our new reality. That means we are on the right track in our developments.»

The robot’s appearance is created through neural networks: the development has been based on ethical hetero- and autostereotypes. The appearance of several hundred thousand women in the robot’s operation area has been analyzed, and the result is a generated image of a woman with brown hair and brown eyes. 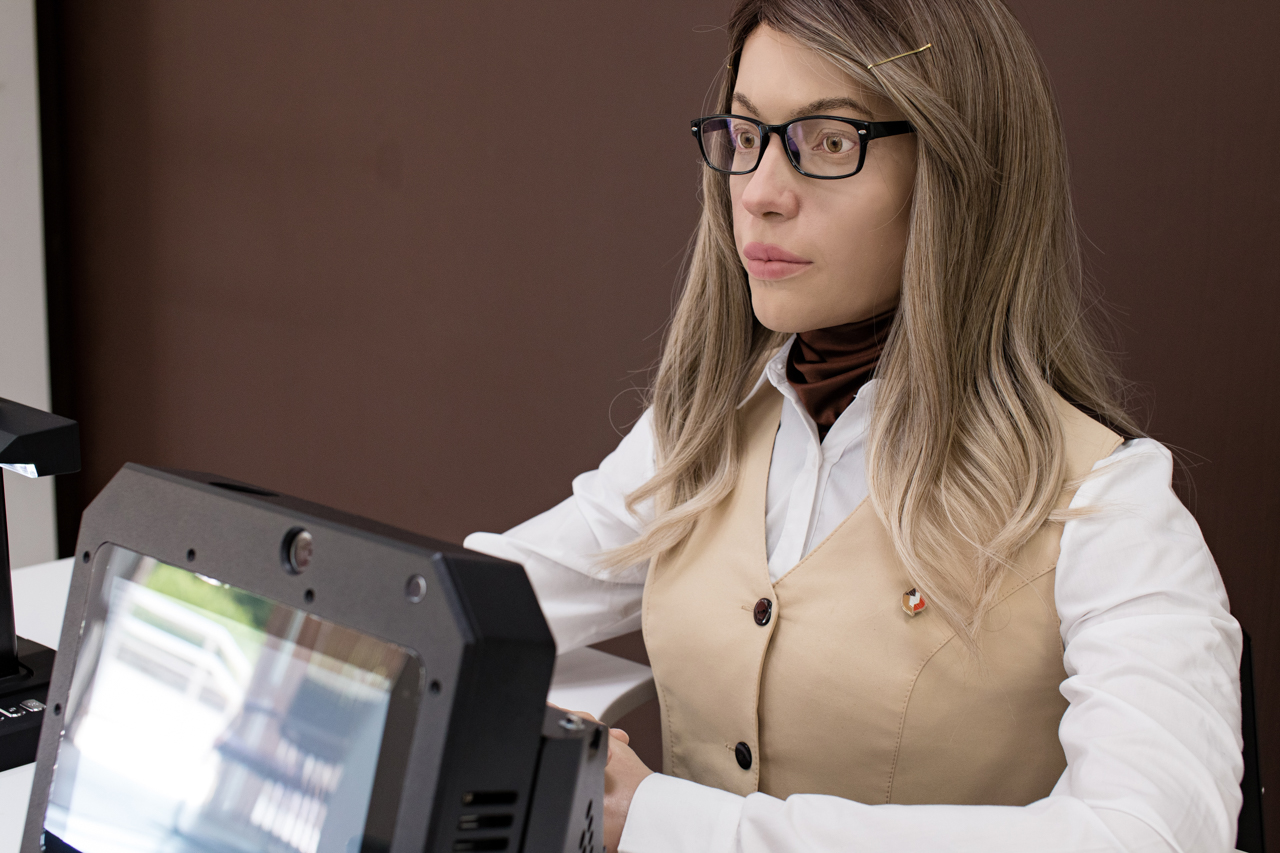 The whole interaction with the robot is automatic. A visitor comes to the service window and simply starts communicating with the robotic specialist. The robot is connected to a full set of hardware: it can scan different types of documents (passports, birth certificates, driver licenses, notarized documents), create a proper inquiry document depending on the document’s type, and print it for the visitor to sign. Then, it is scanned again for further processing in the Civil Service Office IT systems.

«Right now the robot is being adapted to the new operational conditions ― we are testing out the system and calibrate it to ensure it provides the best possible service, ― shares Leonid Gromov, head of General Office of Civil Service Office MFC ― during the testing phase, it helps us with entries of minor offenses. In the future, it is going to work next to our Civil Service professionals processing the most essential inquiries from our citizens.»

MFC personnel are using their experience to test out the robot and give feedback on how it can provide a better service. The developers then use the feedback to improve the robot’s communication with other people. 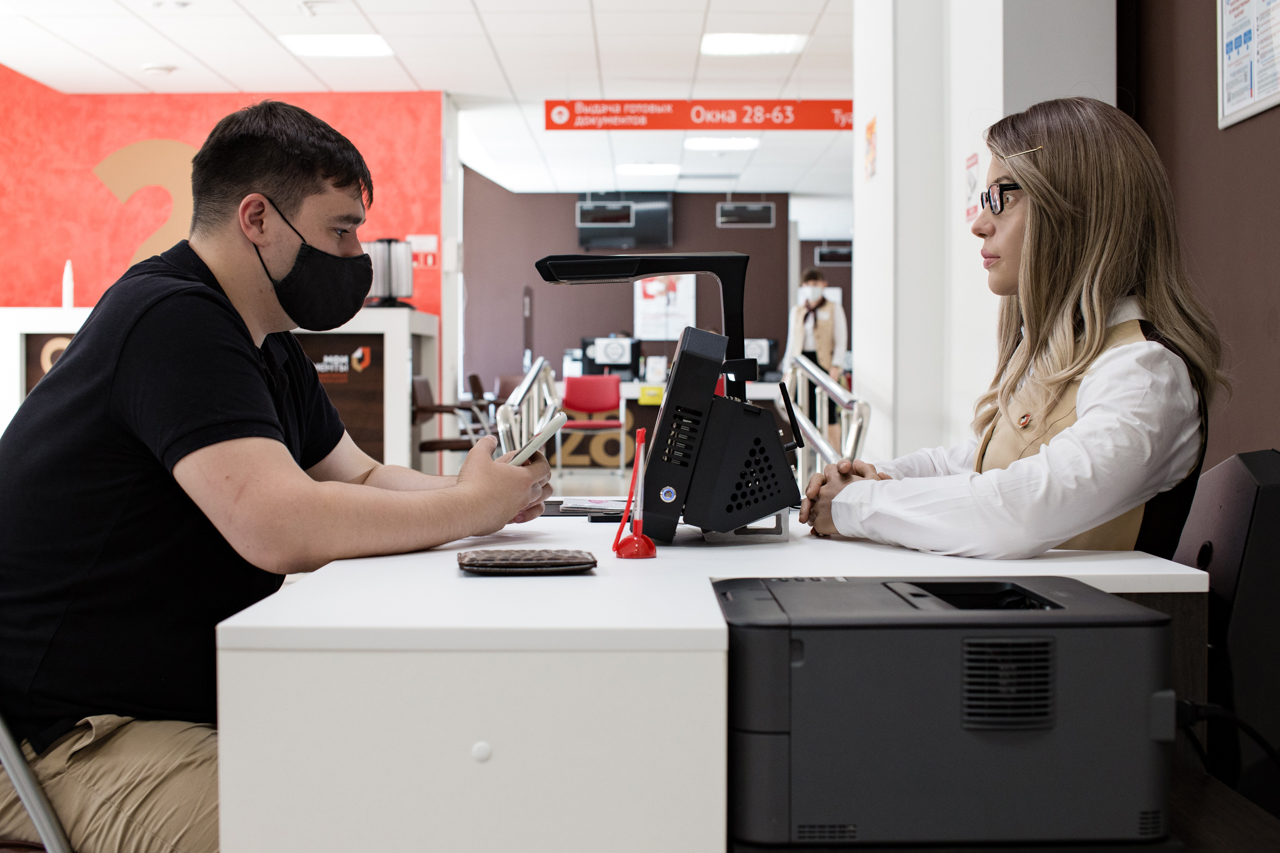 This is not the first time this particular Civil Service Office has had robotics implemented in its work. In 2019, an autonomous service robot Promobot V.4 was acquired to greet the MFC visitors. Since then it has been helping people with finding their services, getting in the e-queue, and processing basic inquiries. The robot has processed more than 30 thousand inquiries since March 2019. Each MFC specialist saves around 43 minutes of their time on average thanks to this system.